Anchored by former “CBS This Morning” co-host John Dickerson, the newscast is designed to take a deeper look at the news through extended interviews with on-set and remote guests. The packages, which on the first night were largely reprinted from “CBS Evening News,” help organize the conversation.

Produced from Studio 57, which was updated in January 2022 for streamer use, the main newscast background is one of the smaller transparent LED video wall cameras to the left of the primary anchor location used on CBS News streaming network shows including “CBS News Mornings”, which is used to feature a simple virtual set extension depicting additional vertical slats and a bokeh view of what is presumably New York.

This view contains simulated frames which are oddly not evenly spaced vertically and notably not animated.

This look also featured a mock frame and knee wall below, creating the feel of a window as opposed to a video wall.

Even if the background were to play on a video wall, as the frames suggest, it looks a lot smaller than it actually is, making the whole wall’s hard scene look like it has been modified.

Dickerson sits at a curved silver and glass anchor desk that has been used in both nearby Studio 47 for “CBS Weekend News” and variant streaming network productions. 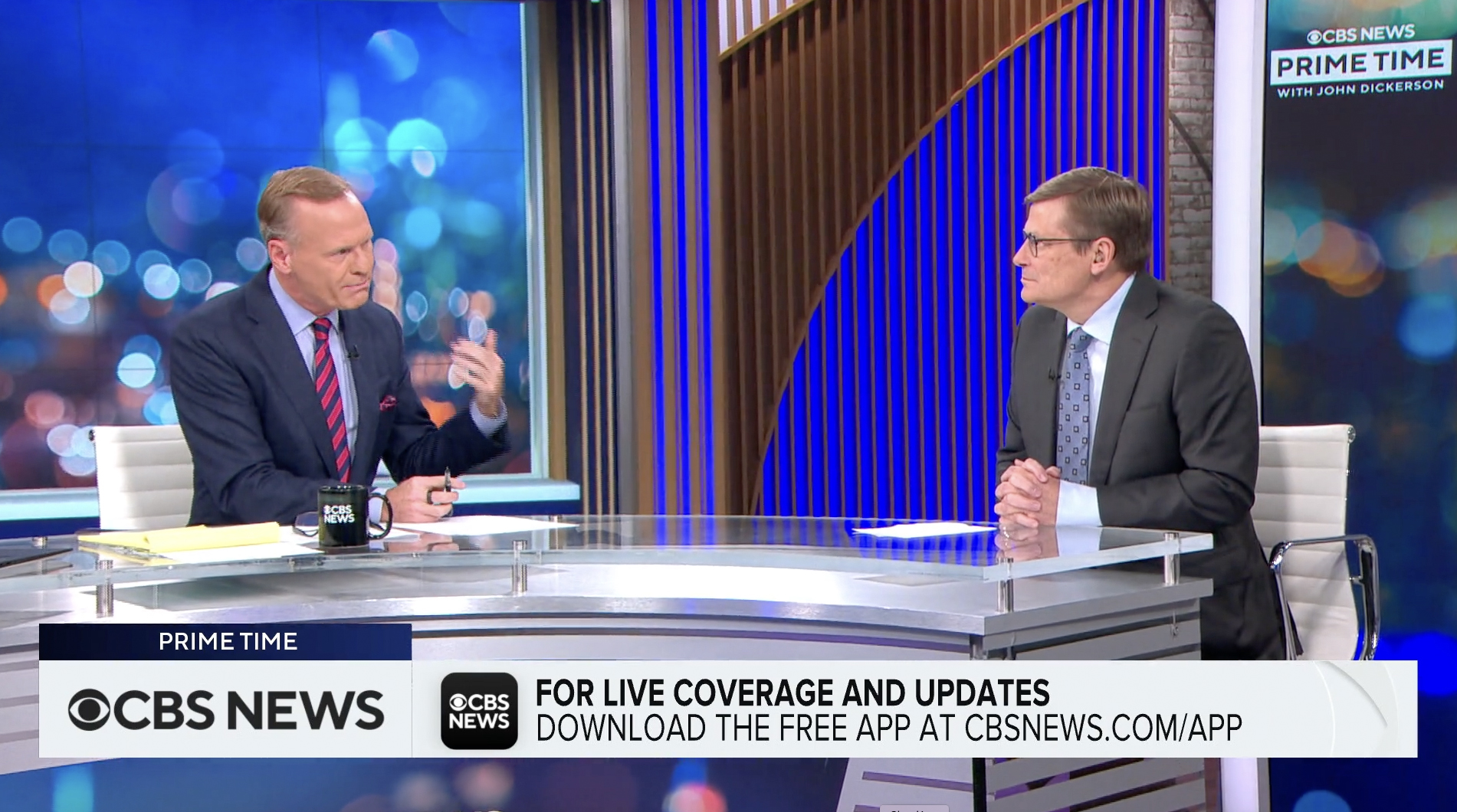 The desk is a little smaller than the first typically used for Studio 57 streaming productions, a model that was first used for a CBS-produced debate before appearing in both Washington, DC and various productions in New York. 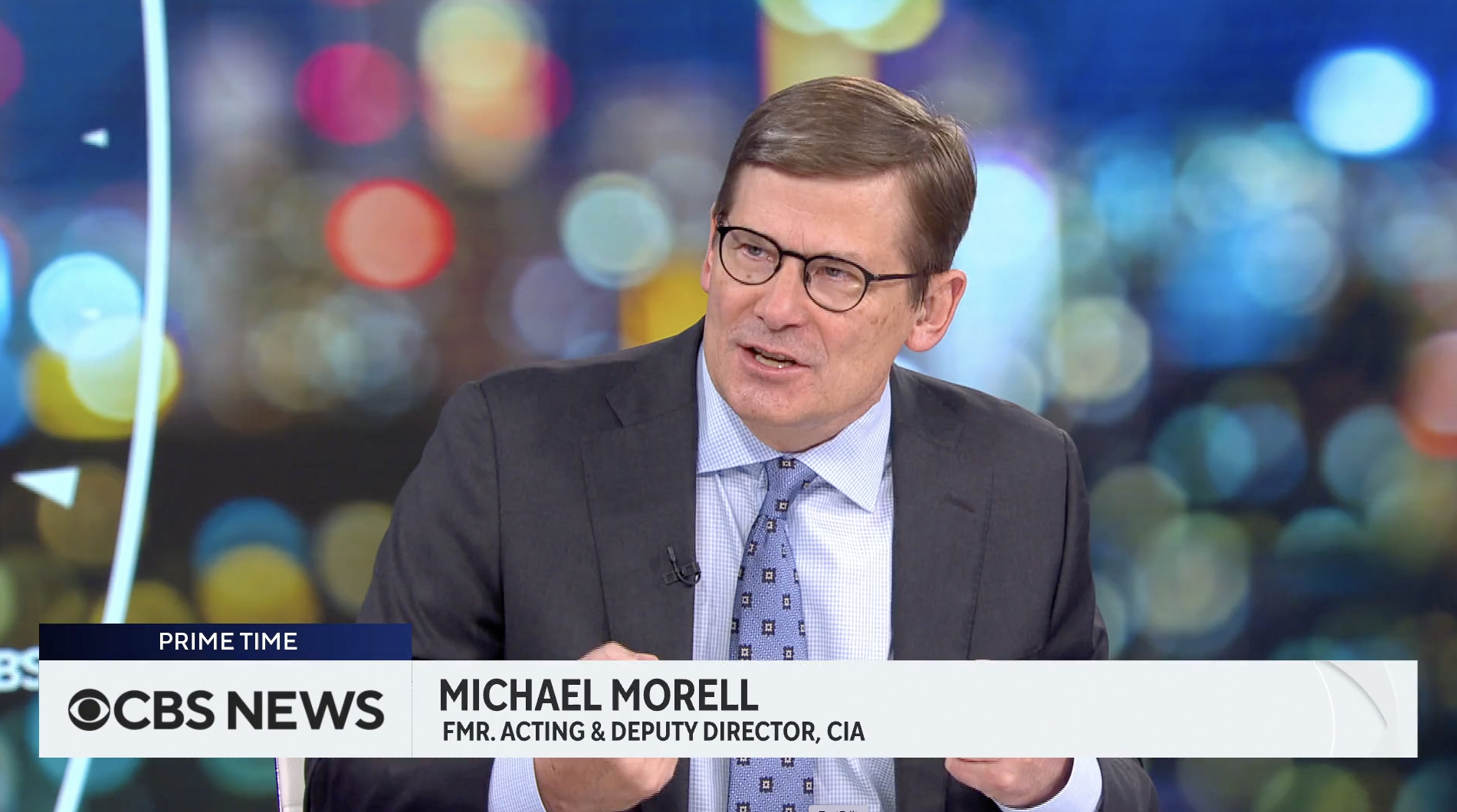 Studio guests can join Dickerson at one end of the office, allowing them to be framed against a nearby video wall for one-shots.

During the crossover shots of Dickerson and guests, the slatted wall, with the middle of the CBS eye offset in blue, comes into view, along with one of the video columns used to mask the space’s structural supports. 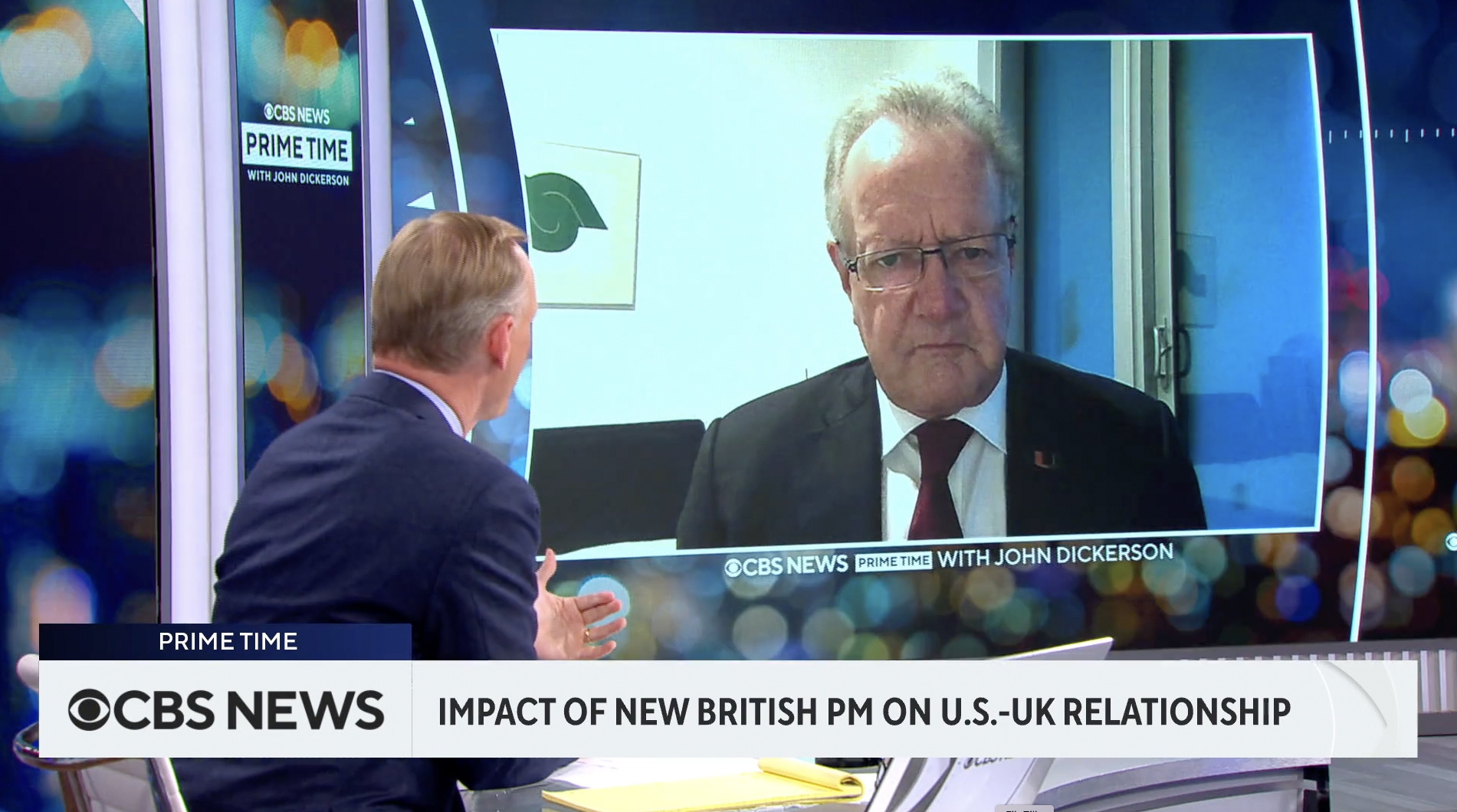 For remote interviews, the broadcast can insert the guest feed into a large frame with a shape suggested by the curves of the CBS eye logo on the colorful blurred nightscape, creating the effect of an anchor and of a guest face to face when filmed from a reverse view. – something that is common in television news.

The core of the “Prime Time” graphics package is the same as on the rest of the streaming network, with the show’s title inserted into the space above the rectangular bug box. The segment and franchise titles, meanwhile, are inserted to the right of it, just like on other streaming newscasts.

The unique elements, however, include a less solid look that allows the bokeh light effect background to dominate most looks, with the deconstructed eye elements depicted more as outlines.

The show’s logo sticks to the network’s TT Norms typeface and boxes in the words “Prime Time”, causing them to reverse in most cases. A stacked version is used in transitions inside the center of the eye logo or alone on certain parts of the set. A horizontal version of the logo, still with the box, appears as a scrolling element behind the guests.

The newscast also uses non-traditional music during its opener – a slower, more melodic piece with a gentle beat.