Firework Games has announced the first-ever 3D space combat game featuring reinforcement learning AI. The construction of the game ecosystem is promoted by the game sovereign assets GameFi and NFT, focusing on the development of blockchain technology.

As an interstellar meta-universe role-playing game, players can choose from many roles, ranging from magical psionicists to cruel swarm empires and tough earth federations. Spark Era’s pool of heroes is huge and endlessly diverse.

The universe is like a dark forest, where every civilization is a hunter with a gun. The game helps gamers around the world battle in real time in the same universe while supporting a multi-chain shared game ecosystem and cross-chain asset transfer.

“Firework Games will be the most advanced and future-proof blockchain gaming platform. Our vision is to provide an open and inclusive diverse gaming world based on pure blockchain technology that will change the industry. of gaming in modern society. Everyone is free to create, play and enjoy their own role in the parallel world,” said Radesh, Founder and CEO of Firework Games.

Firework Games has worked closely with AWS to introduce breakthrough features for gamers. The integration of AWS Services like Amazon EC2, Amazon S3, Amazon RDS, and Auto Scaling enabled the Studio to create a scalable and reliable game server system that could handle the high concurrency and immense load expected when the Spark era kicked off. 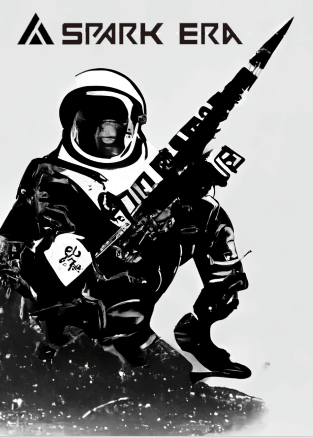 The Spark Era game has also partnered with gDEXMetaverse. The gDEX Decentralized Finance Gaming Platform Exchange is a revolutionary Play to Earn platform that powers players, creators, and guilds across the metaverse. It has also formed a partnership with GAMERSE, which is on a mission to unify the fragmented blockchain gaming space by creating a community-driven social ecosystem.

Additionally, Firework Games offers a loyalty program that allows early supporters to collect NFTs to prepare for Spark Era. A contestant can deposit $FIRE tokens to receive NFT as a reward. The NTF award may be claimed when a candidate withdraws at the end of each cycle.

Firework Games is a leading game development company dedicated to using advanced technology in its games. The infrastructure is built with games, enabling unique and fantastic gaming experiences.

Those who want to stay updated on Firework Games’ progress, trade ships with community members, or chat about the game can join the Discord channel to get started. Others who want to learn more about Firework Games can visit www.firework.games and its social channels for more information.