Bradford has the potential to become ‘Hollywood of the North’ following unprecedented demand for TV and film locations, it has been claimed.

Professor David Wilson, director of Bradford UNESCO City of Film, made the comments as part of his pitch for a similar permanent studio at Pinewood in London, where James Bond was filmed.

He claimed a state-of-the-art studio setup would put Bradford on a level playing field with other Northern cinema rivals Manchester, Leeds and Liverpool.

According to Historic England, there are over 2,000 listed buildings in the district of Bradford, creating plenty of opportunities for atmospheric and scenic shoots.

Prof Wilson said: ‘We currently have a temporary studio in the old tax office just outside Bradford in Shipley which is being used for an ITV medical drama, plus that of Little Germany.

“But these are just pop-ups.

“What happens next is that the production has to travel to Manchester or London for the studio shoots. When you’re talking about transporting 60 to 100 crew members, excluding actors and extras, it’s very expensive.

“What we really need is a space where you can build anything from a recreation of a 19th century police station to a hospital setting.

“If Bradford invested in set building space and studio space, we would double the number of shooting days overnight.”

The leading expert has a vision of Bradford as a ‘film capital’.

The director, Honorary Fellow in Film and Honorary Doctor of Technology from the University of Bradford, said: ‘In the first six months of 2022 we had more productions filmed in Bradford than in the whole of 2021 .

“There has been unprecedented demand.

“This is by far the busiest summer the Film Office has had since its rebirth in 2012.”

Outlining Bradford’s outlook, the professor added: ‘When the BBC moved to Salford, all the other businesses around TV and film also started to open up in MediaCity, from accessories shops to businesses that rent camera lenses.

“A whole ecosystem is starting to take shape.

“Bradford doesn’t have to be in the shadow of Manchester, Liverpool or Leeds.

“There are disused buildings available and we have developed a reputation as a welcoming city for cinema.

“With Bradford being the city of culture in 2025, now is the time to cement our position as the film capital.” 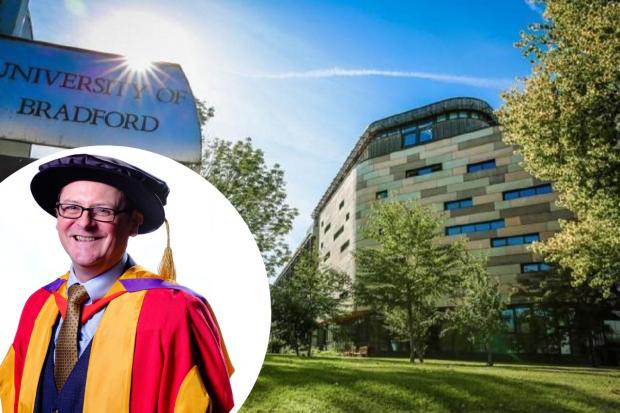 gives a talk – Bradford: The World’s First UNESCO City of Film’ – at the University of Bradford

Professor Wilson is giving a lecture – Bradford: The World’s First UNESCO City of Film’ – at the University of Bradford on Saturday 24 September.

Tickets are available via bradford.ac.uk/events/alumni/

Sign up for our newsletter to get updates straight to your inbox.