This story originally appeared in the August 1990 issue of ELLE DECOR. For more stories from our archives, subscribe at ELLE DECOR All Access.

Around midnight, the teeming streets of New York’s SoHo district, lined with art galleries, shops, bars and restaurants, finally begin to calm down, except for the streets near a particular block. . For nearly 20 years, late-night passers-by have been able to make out the faint but raucous sound of blues blasted out – Muddy Waters, Huddie Ledbetter, Howlin’ Wolf – spilling into the urban night from the loft that houses the painter’s studio and living quarters. Frederic Brown.

Inside, in the spacious studio that Brown dug out of a 19th-century industrial space, the scene resembles a layman’s fantasy of bohemian life: while music blares from a good-sized stereo, Brown paints one of the portraits of blues musicians that make up his final completed series, taking the occasional downtime to banter with the friends lounging on his decidedly functional furniture – drinking, talking about art and music. As in most painters’ studios, finished canvases and work in progress litter every available surface, leaning against walls, stacked in shelves, and stacked on tables. Despite the laid-back setting, Brown works at a brisk pace, often on several tables at once. Beyond the studio’s entrance hall, in a gated dwelling, Brown’s family – his wife Megan Bowman and their daughter, Sebastienne – sleep as the painting party continues into the early hours.

by Frederick Brown junior well, a portrait of the famous blues musician.

Since 1970, when he moved to New York, Brown has worked this way, hosting late-night painting marathons like informal jam sessions. “After midnight, this is where creative minds break free,” explains the painter. However, the installation takes on a particular resonance with the series of portraits of blues musicians that Brown has been producing for the past two years. The quietly festive and extremely sociable vibe seems particularly in tune with the blues vibe. And Brown uses music to invoke something from the spirit of his subjects: “I don’t paint from life – since most of them are dead, I work from photographs – and I need something to fill in the outline. I have the impression of creating a painted body that the spirit will inhabit. I’m trying to get a feeling rather than just a likeness.

Not that the artist needed much prodding to tackle bluesmen as a subject. Originally from Chicago, he grew up on the famous South Side, with music and its creators as his local culture. “I thought the blues was the reason for life,” he explains. After earning a degree in art and psychology in Illinois, Brown moved to New York, where he met jazz musician Ornette Coleman. In a warm-up to his current work, Brown often painted in Coleman’s SoHo loft, an early meeting place for the region’s growing community of avant-garde musicians and artists, while Coleman’s band repeating. In New York, Brown also met his “artistic godfather”, Willem de Kooning, who encouraged him in his 70s take on the classic Abstract Expressionist style. Before long, Brown was appearing regularly at a top-notch gallery (Marlborough) and had works included in the collections of the Metropolitan Museum of Art and the White House.

“I have the impression of creating a painted body that the spirit will inhabit.”

Brown’s most recent artistic breakthrough, however, has been away from New York and closer to his spiritual home. On a trip two years ago to the Mississippi Delta with a friend to research a documentary project about blues singers, the artist found himself imbued with the sentiment of blues culture. He meets local characters like Wade Walton, the old Clarksdale griot, who regales him with the stories and folklore that fuel the still-living blues. The adventure struck a chord with Brown, who had spent little time in the South despite having part of his family from Georgia. “I felt like I came home in a big way,” he says. 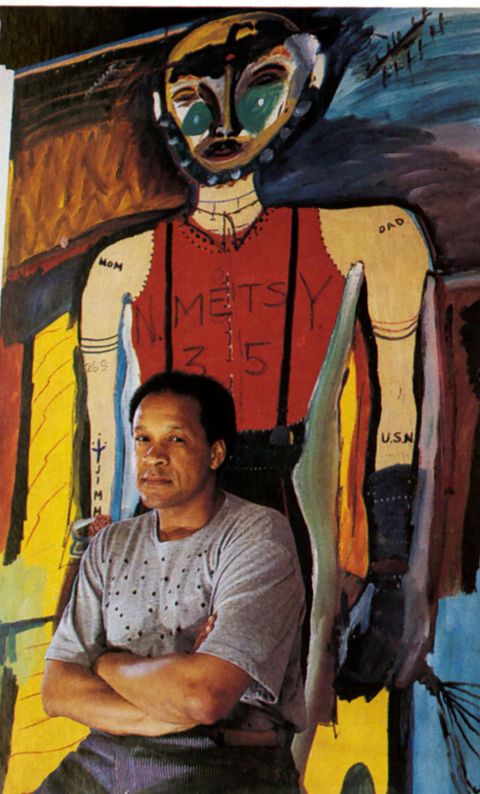 Brown stands in front of her work Sensei Urban.

The resulting series of portraits in a gripping panorama of the black artistic experience in America and Brown’s reassessment of her place within it. Although American popular music is unimaginable without the influence of the blues, its creators still receive less than their due credit. Does Brown feel the same? “I never tried to be just a ‘black’ artist,” he says, “and I hardly feel ignored by the art world. There is no doubt, however, that a group of black performers, like these blues musicians, pay too much dues. 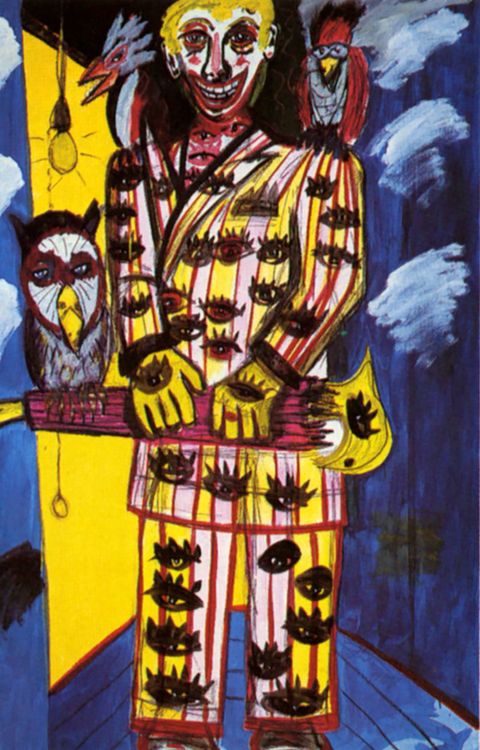 Ever the optimist, Brown never misses an opportunity to turn even problematic experience into positive art. During a visit to his daughter in a New York hospital before his departure for Arizona (where he has a house and a studio), he is struck by the greyness of the institutional decor. His response was a new series of clown paintings: “I just tried to think of what would make sick children laugh.”

Some of the works are to be enlarged into murals and donated to hospitals to enliven the empty walls. Brown is also planning a line of clown t-shirts and pillowcases, the proceeds of which would buy drugs for children’s hospitals. For Brown, such connections are part of what art is: “I want art to include life, the way I thought the the blues defined everything.”