A McKinney video game studio created by a Words With Friends co-founder is entering the Web3 space with a game designed to be fun for players and viewers alike.

The Wildcard Alliance, a McKinney-based subsidiary of Playful Studios, has landed $46 million in Series A funding led by Paradigm to help further fuel the development of a game it claims combines arena-style battle with a collectible card game.

“Web3 platforms offer a tremendous opportunity to create entertainment that can engage, empower and onboard millions of new players,” Paul Bettner, co-founder and CEO of The Wildcard Alliance and Playful Studios, said in a statement.

In the game, called Wildcard, players enter a fantasy world arena, battle with special attacks and creatures that can be used in a style similar to a Pokémon battle, according to VentureBeat. Something that sets the Wildcard apart from other multiplayer online battle arena games is that spectators in the virtual arena will be able to influence the outcome of battles by being able to provide benefits to certain characters.

Playful said the team behind the game’s development includes storytellers and IP creators from franchises like Star Wars, DC Comics and the Marvel Cinematic Universe.

Without discussing details of how blockchain technology and cryptocurrencies will be used in Wildcard, Bettner told VentureBeat that Wildcard will not be a play-to-earn game. Paradigm, which focuses on the web3 and crypto space, said its investment highlights its belief that “interactive entertainment” will be a driving force in the industry.

“The current focus of Web3 game development tends to be on finance over fun, economics over engagement, currency over community,” Bettner said. “With Wildcard, we are focusing on fun first, creating a next-generation ‘spectator sport’ to welcome the entire community of competitors, collectors, sponsors and fans to play together.” 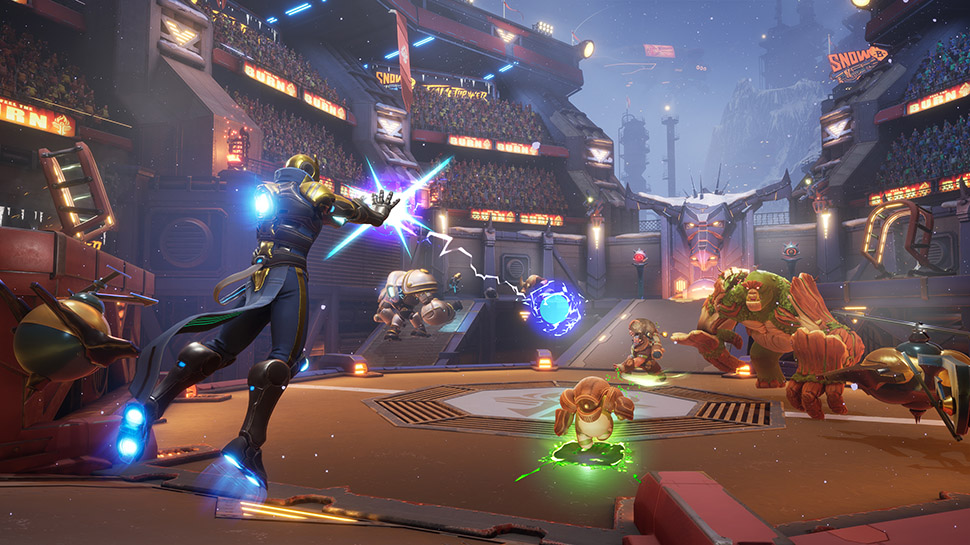 Wildcard is powered by Polygon, a scaling and infrastructure platform on the second-largest Ethereum network, which has seen the value of its token drop by nearly 75% since hitting an all-time high seven months ago amid a crypto market downturn.

Playful Studios was founded by Bettner and his wife Katy Drake Bettner, after the former sold Words With Friends, which he co-founded alongside his brother David Bettner, to Zynga for $53.3 million in 2010. The studio has been talking about developing “spectator-enabled games” since at least 2019, when it raised $23 million from 300 supporters.

In early 2020, the company announced that it was “significantly” reduce its workforce with the aim of moving towards a production model focused on one project at a time. Playful Studios is also the creator of titles such as the Lucky’s Tale series and Creativerse.

By the time it announced the staff cuts, the company had more than 100 developers. According to VentureBeat’s report, the company was able to reinstate much of the team. A spokesperson for Playful Studios said the company had moved to a fully remote team, after having sold its physical headquarters in 2021.

Bettner didn’t give a specific timeline on when the final touches on Wildcard will be complete, but hinted at a three-quarter stretch for VentureBeat.

“Paul and the team have a proven track record of creating games that are fun at the edge of possibility, and they use Web3 technology in truly innovative ways to bring openness and accessibility to proven esports mechanics,” said Dace White, research partner at Paradigm, in a report.

Sign up to keep an eye on what’s new and coming to Dallas-Fort Worth, every day.