Breaking into the animation business is a challenge. You have to compete with absolute giants and decades-old monopolies. Overcoming industry control is a challenge. It helps, however, if you’ve worked for Titans before in the industry. Meet Pencilish, the animation company that hopes to do things differently.

Tom Bancroft is the CEO of Pencilish and a former Disney animator who worked for the company during its revival. Bancroft had worked on films like Mulan, The Lion King and Aladdin. Other board members have worked for Disney, Warner Brothers and Sony. This team’s impressive resume packs a punch!

How do they intend to stand out? their business model. In a statement, the company said, “The difference between Pencilish and the aforementioned studios is that Pencilish gives partial ownership to creators, whereas most studios do not. Combined with this and the investors sharing ownership of the business, Pencilish is preparing for a unique and prosperous future. The company is currently in its second round of investment fundraising on crowdfunding investment site StartEngine. Their previous campaign in 2020 brought in an impressive $2 million. The investment ranked Pencilish among its fastest growing startups, according to a report. Their second phase fundraising campaign raised over $100,000 in just over 48 hours and at the time of this writing had raised $249,522. 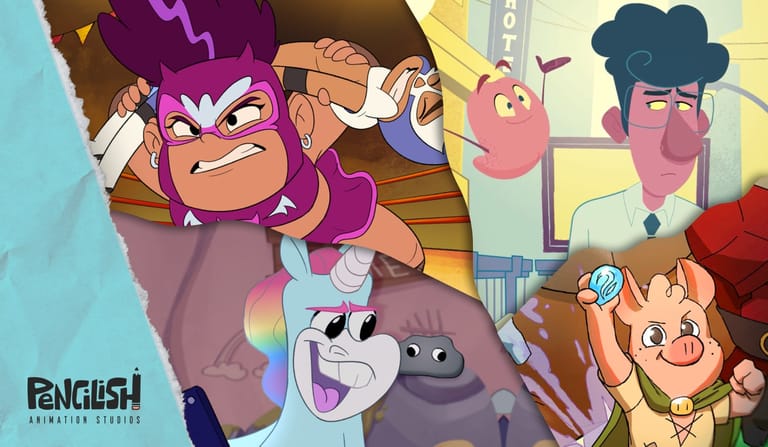 The second round of investment will allow them to produce new series to join their growing lineup. , Pencilish has entered production on three series so far, releasing Bjorn the Last Unicorn Episode 1, Mind Over Murphy Episode 1, and JuJu Brain Episode 1, which was released on July 22.

“With the support of more than 4,500 investors from our first fundraising round, we were able to get off to an incredible start with a seed investment of $2.2 million,” Bancroft said. “With this second offering from StartEngine, Pencilish Studios will be able to expand and move into Phase 2 development and new series. Our first year has seen tremendous growth in our following and new productions! Our investors understand that this is the first time that fans and investors can join Disney animation veterans in creating new animated intellectual properties that they can own a part in. This is the second stage of Pencilish Studios’ animation revolution.

They have posted a few short episodes on their YouTube channel and so far they are pretty good! “Mind Over Murphy” is our favorite so far. The concept is fresh but familiar and the humor is there. It alludes to adult situations without being rude. It’s not a children’s cartoon but I wouldn’t mind watching it with my son. You can watch it here: