After upgrading to a brand new Apple Mac Studio with an M1 Max ARM processor from a 5k iMac (Late 2015), I ran into a few bumps and had to learn a thing or two to get it to work properly in my studio. You can read all about my introduction to the new machine here. After a few weeks, I got used to the new workflow and felt much more comfortable with it. The little silver box just works. And extremely fast too. For part two of the transition, I’ve put together some obstacles I faced, some issues I overcame, and my conclusion on the new system. You have questions ? Post them in the comments. 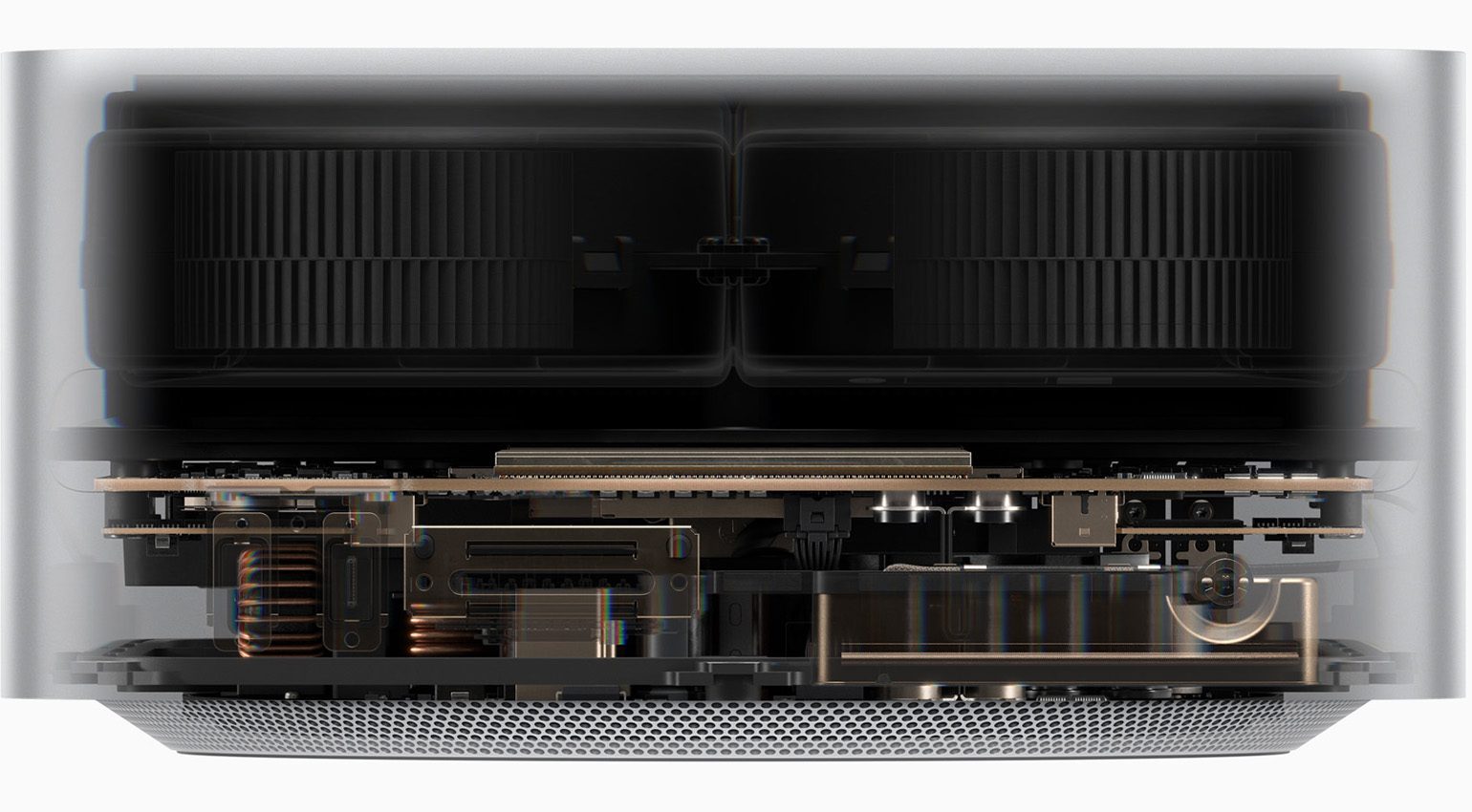 As I wrote in the initial report on the new Mac Studio with M1 Max, 64GB RAM and 1TB SSDI work now exclusively with the new machine in my studio. Migrate to the new mac from my old iMac 5K (32GB RAM, 1TB SSD) went gently and without any problem. Luckily I did no need to completely reinstall everything (so far). Otherwise, I would have had to download, install and authorize each plugin. I was spared painfully boring task.

The little box now sits in front of me, just behind the MIDI controllers I use to control my DAW and audio plug-ins. I wouldn’t put it any further because I have to press the power button at least once a day. And since last week, there is no more hiccups due to CPU spikes or reduced performance due to lack of native compatibility. I could find solutions for all my technical problems with the help of brand forums and communitiesby contacting manufacturers and developers directly and even a little trial and error. And that means: yes! Switching at the Mac Studio was definitely the right decision.

Good. Okay. In the the beginning of the change did not go so well. I was about to flip to my old iMac. The first one performance was about to equal. The new Mac had full of hiccups in some tasks. But I am a passionate explorer (comes with the territory). And GAS makes me want to continually discover new plugins and features. So in the beginning there were a lot of Googling to read what others have experienced.

macOS Viewing activity was a great help to view the CPU performance of each running application. In addition, the software displays the kind of app: Compatible Intel or Apple Silicon processor. The activity display showed me for each app, which fashion it was running on (Intel= Rosette 2, Apple = Native M1). A simple click on the corresponding tab sorts all running applications by modes. This way I got a clear picture about which of these applications I should update or not run at all. And this is one of the main an advice: check Native Apple Silicon compatibility for every software, driver and plug-in you have installed and update whenever possible!

Tip: If you’re having trouble running a program natively, right-click it in the MacOS Programs folder, select “Obtain informations” and check if “Rosetta Mode 2” is checked. Uncheck it.

Rule #1: Update everything to the latest version! 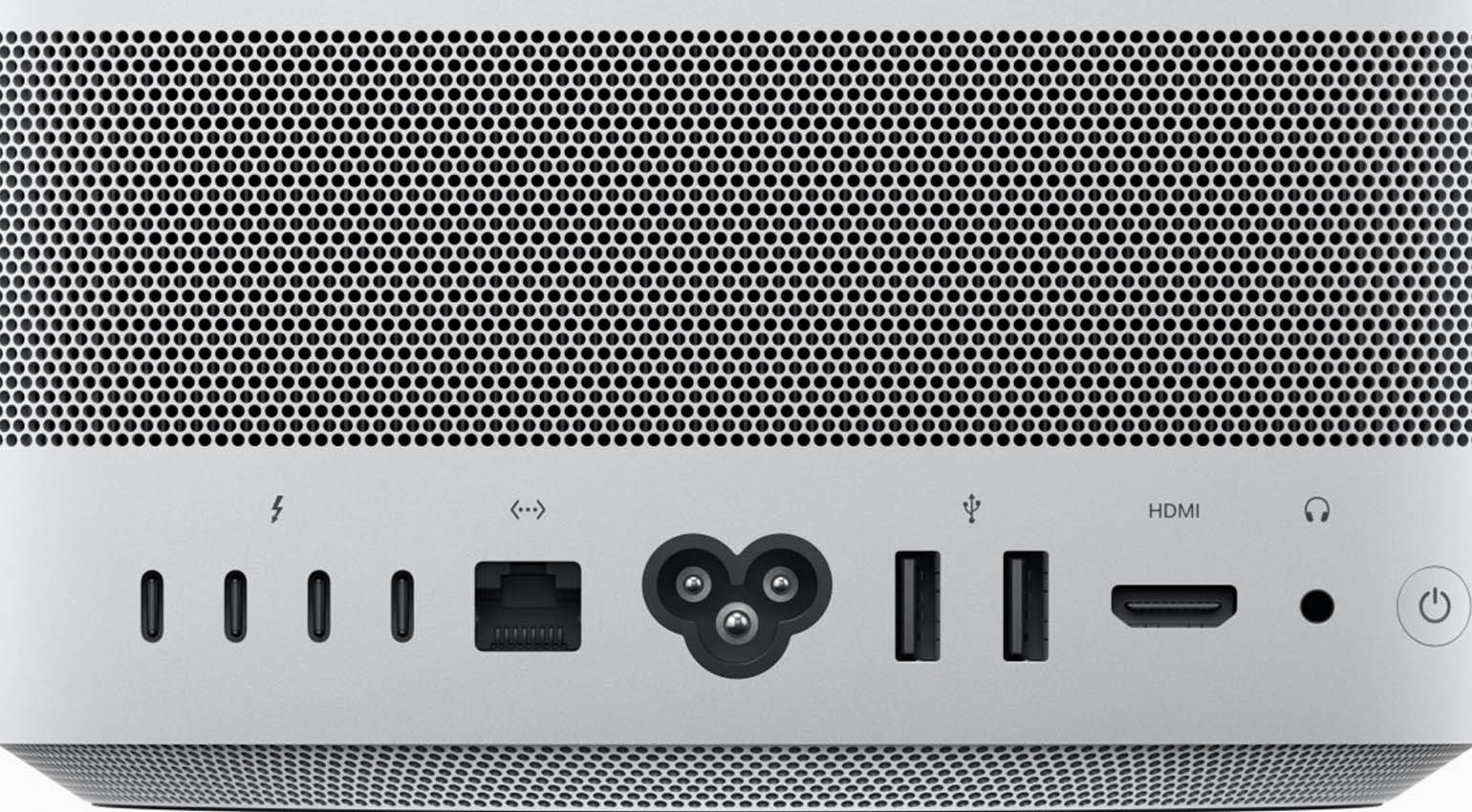 The ports on the back of the Mac Studio.

Now that I have painfully updated everything, just the NI Host Integration, Native Access Helper, NTKDaemon programs (yes, these are all Native Instruments since most things in NI don’t work natively yet) and Antares Central Service runs in Rosette Fashion 2. Also, I (and many others) had a big problem with MacOS’ search engine Projector indexing my hard drive. Sometimes the mds_worker application (which does the indexing) would draw up to 500 percent performance of my system according to Activity Display! And it tripped up my system a few times (audio hiccups, CPU spikes and crashes).

However, this is an easily solved problem with some time invested. Go to Preferences and select “Spotlight”. Then, under Privacy, add all connected readers. This way, all entries in the indexing process will be deleted of your system. Next, remove all readers Again. The process of indexing all files on all your disks to restart. Keep running it until the end (it may take a a few hours depending on the amount of data, Spotlight has to index). But it’s worth it.

A positive conclusion and goodbye to old plug-ins

Another part of the switch was get rid of some of the legacy pluginsjust like some of them will not work natively (and never will). With some effects, I almost shed a tear because I really enjoy using them. But on the other hand, getting rid of it means make room for new plug-ins. Which helps my explorations related to gas. And to be honest, there is still a lot to discover among the 1,300 plugins that I installed now compared to the 1,700 I used to have. First world problems. Unfortunately, many of my Waves plug-ins does not run natively and I currently don’t have the budget to update them all.

Right now, Ableton Live 11.1 works smoothly with (almost) all third-party plug-ins at 48/96 kHz (project dependent), 32-bit and buffer size 128 milliseconds. Not a single problem with my fleet of MIDI controllers and external audio gear! My four UA Apollo interfaces work as before and without fail. Here are my most important and compatible plugins:

CPU load as decreases considerably in all aspects of audio editing. I can now load an insane amount of plugins (many instances of each). “Freeze” a track is now just a sound design exercise, if I want to edit the audio file with included effects. And latency is extremely low. What is incredible for real time jamming and recording.

Also, video editing is very smooth and can be done by real time just like working in your DAW. Impressive! And after doing a few live streams with one machine, compared to a two machine setup I used to use before, I just can’t do without the Mac Studio. The old setup included running OBS on two machines simultaneously, one with Ableton Live, one for diffusion and a CPU load of 30 to 40 percent on each. Now I’m barely above 6% with one machine.

And what about the fan noise? An update:

It still seems to be a hot topic among influencers and certain web communities. I have haven’t heard the noise yet. Now there are even custom-made rack enclosures for the Mac Studio that hermetically shield and prevent noise from coming out. Maybe I listen to music loud enough in my studio that the noise just doesn’t bother me. Or my Mac Studio never reaches the performance levels to which the fans start humming. My trusted Thunderbolt 2 (non-SSD) hard drives are noticeably more audible so have been placed in a isolated firm.

Obtained questions or problems? Worried about the to change? post your feedback in the comments and I will try to answer everything.

You can get the initial setup of Apple Mac Studio from the Apple Store for $1,999. The configuration I purchased (M1 Max, 64GB RAM, 1TB SSD) costs $3,452 without cables, a screen, a keyboard and a trackpad. A power cable is included.

More from Apple and Mac Studio