Vū Technologies, North America’s fastest growing network of virtual production studios for the TV commercials, episodes and feature film industry, reveals it has played a key role in the production of the upcoming film “Sympathy for the Devil”, featuring Nicolas Cage and Joel Kinnaman.

Approximately half of the film was shot in the 40,000 square foot Vū Vegas Virtual Production Studio, providing the production team with next-generation content rendering capabilities by filming photorealistic virtual environments in the LED studio instead of having to travel on site, thus saving both significant costs and time.

“We wouldn’t be able to make this movie without this amazing LED setup. In such a short time and on this budget,” said the film’s director, Yuval Adler.

Vū’s capabilities allowed the production to capture higher quality, more dynamic footage at a fraction of the cost compared to traditional on-location shooting. 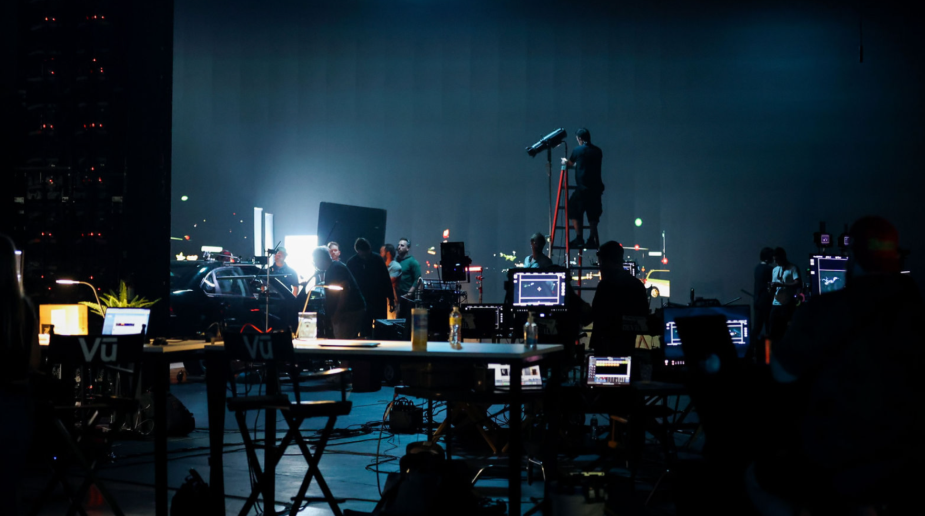 Tim Moore, CEO of Vū, and Jason Soto, Managing Director of Vū from the Las Vegas studio, are two of the film’s executive producers.

“Typically, a feature film averages three to five pages of script per day when shooting on location, but when shooting in virtual production, we’ve seen several productions triple that production at Vū. It makes a huge difference to the production schedule and budget,” Moore said. “We were thrilled to welcome such a talented cast and crew to what will be a very gripping and entertaining film!”

Written by Luke Paradise, “Sympathy for the Devil” follows The Driver, played by Kinnaman, as he finds himself in a high-stakes game of cat-and-mouse after being forced to drive a mysterious man known as The Passenger, played by Cage. This sets things up for a white-knuckled ride.

“Coming here is very turnkey. It puts the actors in a position where they don’t have to worry too much about the environment,” said producer Allan Ungar of the Vū Vegas campus. “They can come into that environment…it feels safe and calm and they can do what they need to do without interference. It was amazing.

Vū and Hammerstone worked with several key partners to produce “Sympathy for the Devil”, including the Nevada Film Office. Sony’s Venice II was the camera of choice for filming the film, allowing for superior imagery and consistency to blend the virtual locations with their physical counterparts, and Aputure lighting was used throughout the film to provide advanced special effects lighting on location and in the studio. .

In addition to feature films, Vū has worked with commercial ventures such as Amazon, Mercedes, Apple, The Mill, Disney, ESPN, WWE and many more.